Reveling in the Years, Part 1

Depending on your point of view, it seems like yesterday, or ages ago. Either way, the building isn’t that “new” anymore and things have changed a lot in the past ten years.

That being said, it's a good time to begin looking backwards and forwards. Over the next five weeks we’ll share photos of the airport’s historic terminals, along with the current one.

You’ll notice that there’s a constant at the airport: change. As our second airport director, Lester Jones, put it, “There are two kinds of airports: obsolete and those under construction.”

Let's begin at 5000 West Kearney Street — the location of the airport’s first and second terminal buildings.

The first photo shows the airport's first terminal building in July 1945. That’s the month the airport opened. The white frame colonial style building was meant to be temporary, but it served for 19 years! Notice how quickly it changed. Additions and annexes popped up, then a control tower, quickly followed by a radar tower.

The last photo foretells big changes. That’s Lester Jones in the middle; it’s November 1961. We’re not sure, but the trio appears to be looking at site plans for the second terminal. But wait, we’re getting ahead of ourselves. That will have to wait until the next post! 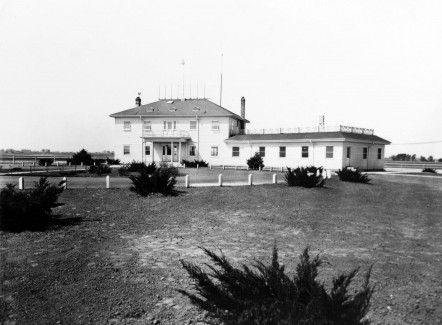 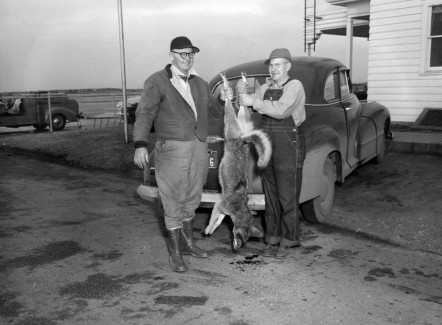 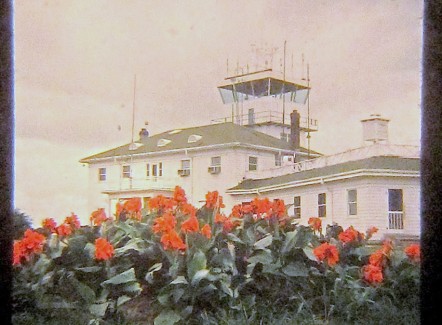 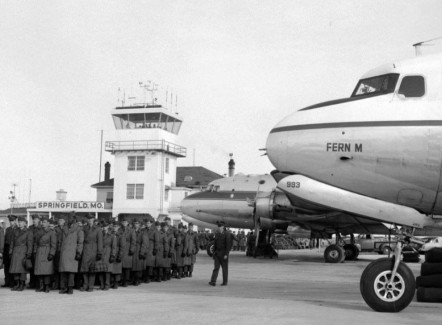 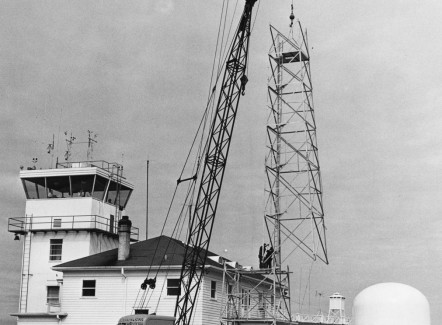 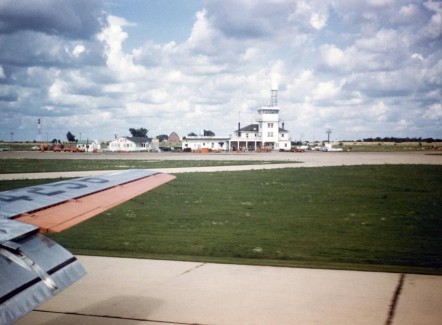 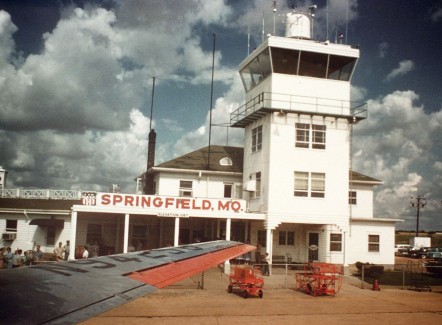 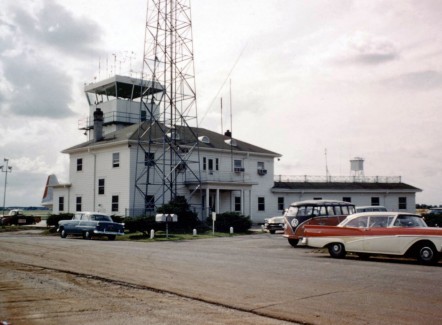 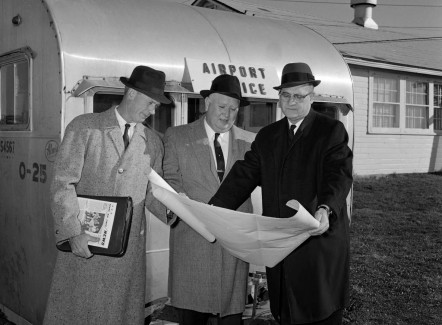