This week marks a milestone for the flight school program that opened at our airport in 2016. It’s grown to the point that it’s consolidating all operations into one large aircraft hangar. Or, to put it another way, it started with just two airplanes, now it has nine. You gotta put all those planes somewhere!

Premier Flight Center and Ozarks Technical Community College run the flight school. This Thursday evening they’ll sponsor a public celebration of the program’s growth. The event will be at the school’s hangar. Details about the celebration are farther down in this post, but first we want to tell you about a recently discovered piece of airport history and how it involves the flight school.

Our airport is in a constant state of change. Airlines change. Buildings change. Aircraft change. Taxiways and runways are built, modified, replaced. Change is the very nature of the airport business.

The airport changes so fast we often lose track of its history. We got a reminder of that a few weeks ago when Springfield architect Jennifer Wilson walked into the airport’s administrative offices.

When Wilson arrived at the airport, she carried a thick sheaf of her grandfather’s blueprints, all of them for buildings he designed or remodeled at the airport between 1961 and about 1980. She gave them to us.

From these pre-computer, hand drawn prints, we made a discovery: the oldest surviving structure on the airport is a hangar. It’s the one that the flight school has moved into.

Before seeing these blueprints no one at the airport knew exactly when the hangar was built. Now we know that Richard Stahl designed it. His architect’s seal is clearly visible in blueprints given to us by his daughter, along with a date: May 10, 1962.

(BE SURE TO CLICK ON THE PHOTOS BELOW FOR A BIGGER VIEW, ALONG WITH A CAPTION)

The hangar began its life as a National Guard air maintenance depot in December 1962. Members of the 142nd Transportation Battalion repaired light helicopters and aircraft in the facility until 1980.

For the next 20 years or so the hangar became a storage catch-all for the airport.

In 2001 the hangar became a “multimodal transportation facility.” That’s a fancy term meaning that people travel using two different kinds of transportation. In this case, people arrived at the airport on an airplane. They got off the plane and walked a short distance to the hangar, where they got on a tour bus bound for Branson. Workers at the airport just called it the “bus barn.”

The bus barn concept didn’t last long. Within days of its dedication came the terrorist attacks of September 11. The attacks, along with other factors, caused seismic shifts in the airline industry. The bottom line is that big plane loads of Branson tourists were no longer arriving at the airport. Once again, the hangar became a place used mostly for storage.

But now, the oldest structure at the airport is being put to good use once again. It’s becoming part of a growing and vibrant flight school. There’s a huge shortage of pilots in the world. This school intends to help fill the ranks.

Premier Flight School and Ozarks Technical Community College will celebrate the flight school’s rapid grown with a fall kickoff and hangar celebration. The public is invited. The event is this Thursday, September 15th, from 6pm to 7pm. The address is 5000 West Kearney, Springfield. The hangar is located at the south end of the Expedia office complex, with plenty of parking out front.

Please come out and join everyone for what we’re going to call an “historical event!” 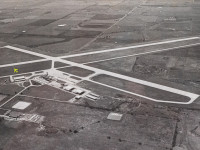 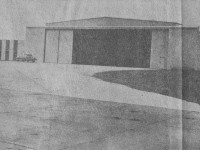 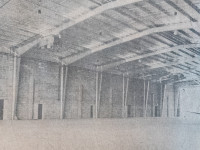 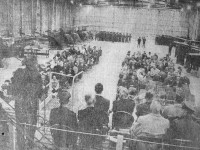 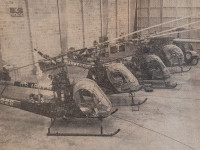 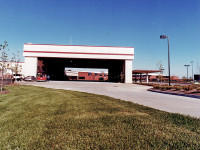 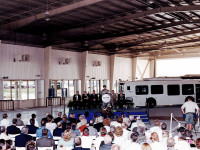 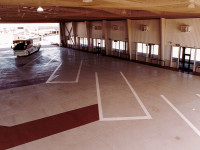 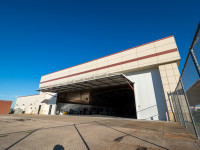 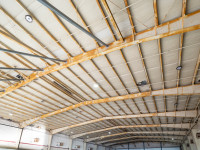 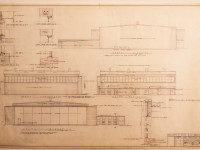